The first two years of major expansion of access to health insurance under the Affordable Care Act did not produce the significant reduction in hospital ER visits that many expected.

Or so reports a new study from the Centers for Disease Control and Prevention.

According to the CDC, even though eight million people gained health insurance under the health reform law in 2013 and 2014, ER visit rates changed little. 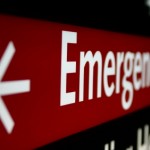 Among those who did visit the ER, many said their primary care practice was not open at the time or that the ER was the only provider to which they felt they had access to care. In addition, many who made ER return visits reported doing so because of local government reductions of behavior health services options.

Because they are located in low-income communities, Pennsylvania safety-net hospitals typically have far more ER visits than the average hospital.

Learn more about changing rates of ER visits during the first years under the Affordable Care Act in this Fierce Healthcare article or go here to see the CDC report Reasons for Emergency Room Use Among U.S. Adults Aged 18–64: National Health Interview Survey, 2013 and 2014.